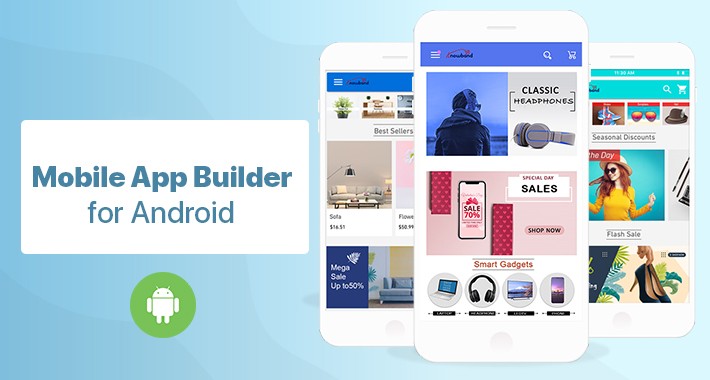 There are some things you should know before you start developing your first Android app. To start with, you should know Java. This will help you to understand the language better, which is essential for creating Android apps. Whether you’re a complete beginner or have some experience developing other software, it won’t take long to learn the basics and create an Android app.

So, here is a guide for app creator for android.

You need to take a few steps to begin creating your first Android app. First, you’ll need a name for your app. This name will be used internally by Android to distinguish your app from others. It should be comprised of a top-level domain (e.g.,.com), your domain name and your app name. If you don’t have a domain, you can use “com” and “something.” You’ll also need to decide on a coding language and where you’re going to save your files.

Next, you must install Android Studio, the official IDE for Android development. Unlike the old-school Java development environment, this program is designed to create Android apps. Android apps are composed of multiple loosely coupled components. These components are described in a manifest file.

Next, open the Project pane and expand the Android project hierarchy. Then, expand the Gradle Scripts folder in the Project pane, which contains the build system files. Once you’re done, you can open the project and begin writing code. It’s important to understand the different views and folders in Android Studio and the various files and folders needed to run the app.

Once you have downloaded Android Studio, you’ll need to choose between Java and Kotlin as your programming language. Android Studio and Google support both, but Java has the longest support and is widely used. It is also one of the most popular languages in the world. It’s a good choice if you’re starting out developing apps for Android.

The first step to developing an Android app is to learn how to program in Java, Kotlin, or C++. Most Android developers choose Java, but there are also many options for writing code in C++, or C. Kotlin is a better option, and more developers use it than Java and C++.

Developing Android apps requires using several tools, some of which are free, and others cost money. For example, you must install the Android SDK on your computer before starting programming. You also need an Android emulator to test your apps’ responsiveness and performance across multiple devices. These tools are essential for developing applications for Android.

If you’re a beginner, you can try out Alpha Anywhere, an application development environment for Android. Alpha Anywhere is a popular tool that allows you to work offline while letting you develop your app on any platform. This software costs $1,499 a year, but it allows you to create native-like apps in a short amount of time. Also, you can use Android Studio, the official IDE for Android. You can also use Eclipse, which is an open-source development tool. Both of these tools offer a supportive community and a free trial.

Android development is growing rapidly, and there are now hundreds of different programming tools for Android development. Choosing which one to use depends on your personal preferences and the requirements of your product. Different developers use different tools for certain types of apps. As Android continues to grow and become more popular, these tools will continue to evolve.

When developing your Android app, using a good IDE is critical. A good IDE can make the development process much faster and more efficient. By using an IDE, you’ll be able to write code quickly and efficiently and use it to test and debug your app.

You’ll need a few things to build an Android app from a source. Your computer must have enough free disk space and a 64-bit environment. You can also use a 32-bit system if the operating system is compatible. You’ll also need at least 250GB of space. You’ll also need more space if you plan on building multiple builds. You’ll also need a full AOSP mirror containing all the Android Git repositories.

While Android applications have traditionally been written in Java, you can also use Kotlin. It’s important to choose a programming language that you’re familiar with. Java is the most popular language for Android development, but if you have experience with Kotlin or other languages, you’ll be able to use it.

Database: Another important aspect of any app is data. Whether fetching data from a server or storing data locally, data is an integral part of any app. If you’re using third-party services, you’ll need to ensure your app protects your users’ privacy and data. Be sure to carefully consider the security model for all the data you store in your app.

The Android platform is the most popular mobile platform in the world and is growing rapidly. You can start by learning the basics and build a simple app that uses pre-installed features on Android devices. Then, you can advance to more complex coding as you gain confidence.

Steps to run an Android app:

To build an Android app, you must create a Java/Kotlin and an XML file. You can use either of these formats to create your app, but you’ll need to learn about Kotlin and Java first. Then, you’ll need to decide what coding language to use and where to store your files.

The first step is to choose the layout and name of your app. The layout name is the file name defining your activity’s layout. It will describe where different elements go and what fonts should be used. After choosing the name, you need to select the type of elements you want to use in your application.

If you want to use Android Studio to create Android apps, you need to install Java Development Kit. Then, open the Android Studio. It will open with a menu that lets you start the project and configure the options. Once you’ve made these two essential steps, you can start writing code and testing your app on an emulator.

Q: How do I create an Android app?

A: You can use various tools to create Android apps. The most popular tool is Android Studio, a free and open-source IDE developed by Google. Other popular tools include Eclipse, IntelliJ IDEA, and NetBeans.

Q: What programming language should I use to develop Android apps?

A: The most popular language for developing Android apps is Java. However, you can also use other languages, such as C++ or Kotlin.

Q: What are the minimum requirements for creating an Android app?

A: To develop an Android app, you need a computer with an Internet connection and access to the Google Play Store. You also need a Google account.

The Google Play Console makes it easy when you’re ready to publish your app. You can use the “Release management” section to manage all aspects of your app’s release, from creating and uploading APKs to configuring store listings and pricing. And with features like staged rollouts and crash reporting, you can be confident that your app is ready for launch.

So there you have it! These are just a few things to keep in mind when you’re developing an Android app. Of course, there’s a lot more to consider (like design, user experience, marketing, etc.), but if you focus on these key points during development, you’ll be well on creating a successful Android app!

If you’re looking for a platform to develop your Android app, look no further than MobiRoller. With MobiRoller, you can create professional-grade apps with no programming required. So why wait? Get started today and see what MobiRoller can do for you!